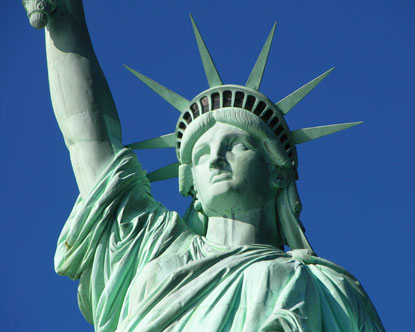 As was previously reported, New York Governor Paterson has signed a bill which purports to eliminate the alleged windfall of double recoveries to plaintiffs which were alleged to have resulted from the common-law Collateral Source Rule, which enabled collateral source payors, including subrogating insurers, to recover their losses as part of the damages claimed by injured insureds.  This bill does not impact property damage subrogation claims, which was made clear beyond peradventure by a memorandum prepared by one of the previous sponsoring committees.  The language of the prior sponsor’s memo is as follows:

Collateral Source and Subrogation Changes: The various collateral source provisions of the CPLR were enacted to eliminate the common law collateral source rule, which prohibited tortfeasors from reducing their obligations to a plaintiff by the amount of benefits the plaintiff receives from other sources, such as insurance. The statute’s purpose is to eliminate the windfall of double recoveries to plaintiffs which often resulted from the common law collateral source rule, while still ensuring that uncompensated losses are fully compensated. Notwithstanding the trend to eliminate the windfalls that result from the common law rule, and to safeguard public monies, presently all defendants except public employers may offset against awards for future costs or expenses any amounts that would with reasonable certainty be replaced or indemnified. This bill would ensure that public employers are treated the same as private employers in tort actions. New York City estimates that it would save $14.5 million annually from this reform.

At present, there is no statutory authority that addresses or limits the extent to which a benefit provider may claim contractual reimbursement or subrogation with respect to medical expenses it has paid pursuant to an insurance contract or other agreement. Likewise, there is no statutory authority that specifies whether or under what circumstances such a benefit provider may intervene as a party in a personal injury or wrongful death action. For example, in a medical malpractice action, a health insurer which has provided coverage to the plaintiff may demand reimbursement for its expenses, often unnecessarily prolonging cases, thwarting settlement talks and making cases more expensive to litigate. Thus, it has become important that a statutory framework be established to facilitate settlement of cases and reduce expenses for litigants. This bill would preclude a benefit provider to seek reimbursement or subrogation against a settling defendant for those benefits paid to or on behalf of plaintiff, unless specifically set forth by statute.  In doing so, this bill would make the savings to defendants more tangible, and allow cases to settle more quickly and without unnecessary expense. This provision of the bill would be applicable to actions for personal injury, medical, dental, or podiatric malpractice, or wrongful death and would be inapplicable to the subrogation of property damage claims. (Emphasis added).